This ECL webinar aimed to reinforce the messages conveyed by the EC’s European Code Against Cancer (ECAC), developed by the International Agency for Research on Cancer (IARC). ECAC is a collection of 12 actions that can reduce alcohol risks, among which is a limit on alcohol intake or its total avoidance. Other topics discussed were: the available evidence on alcohol and cancer risk and how alcohol consumption increases the risk of cancer, the impact of alcohol consumption in Europe, and the needs and requirements in alcohol policy and cancer control in Europe. 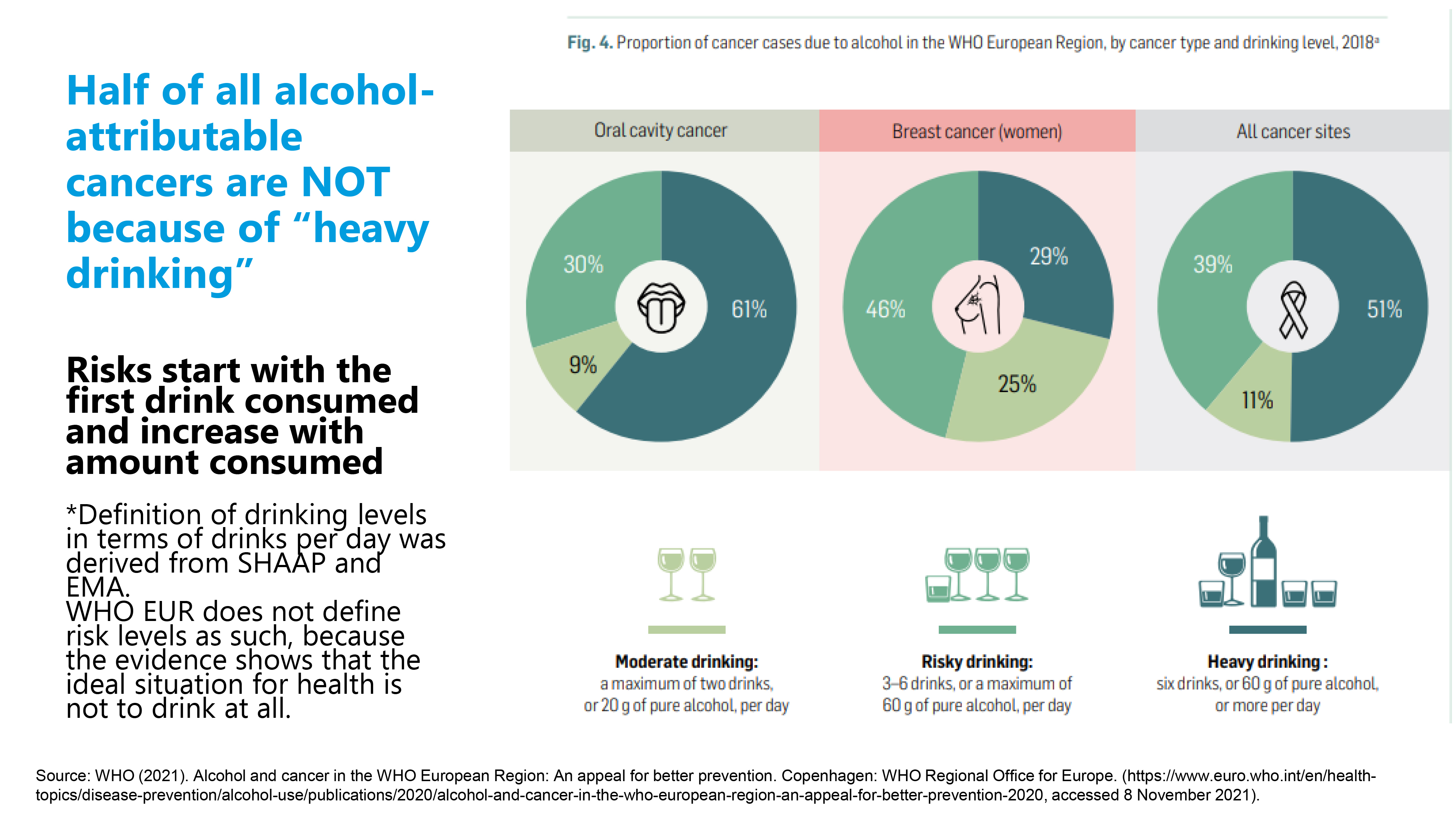 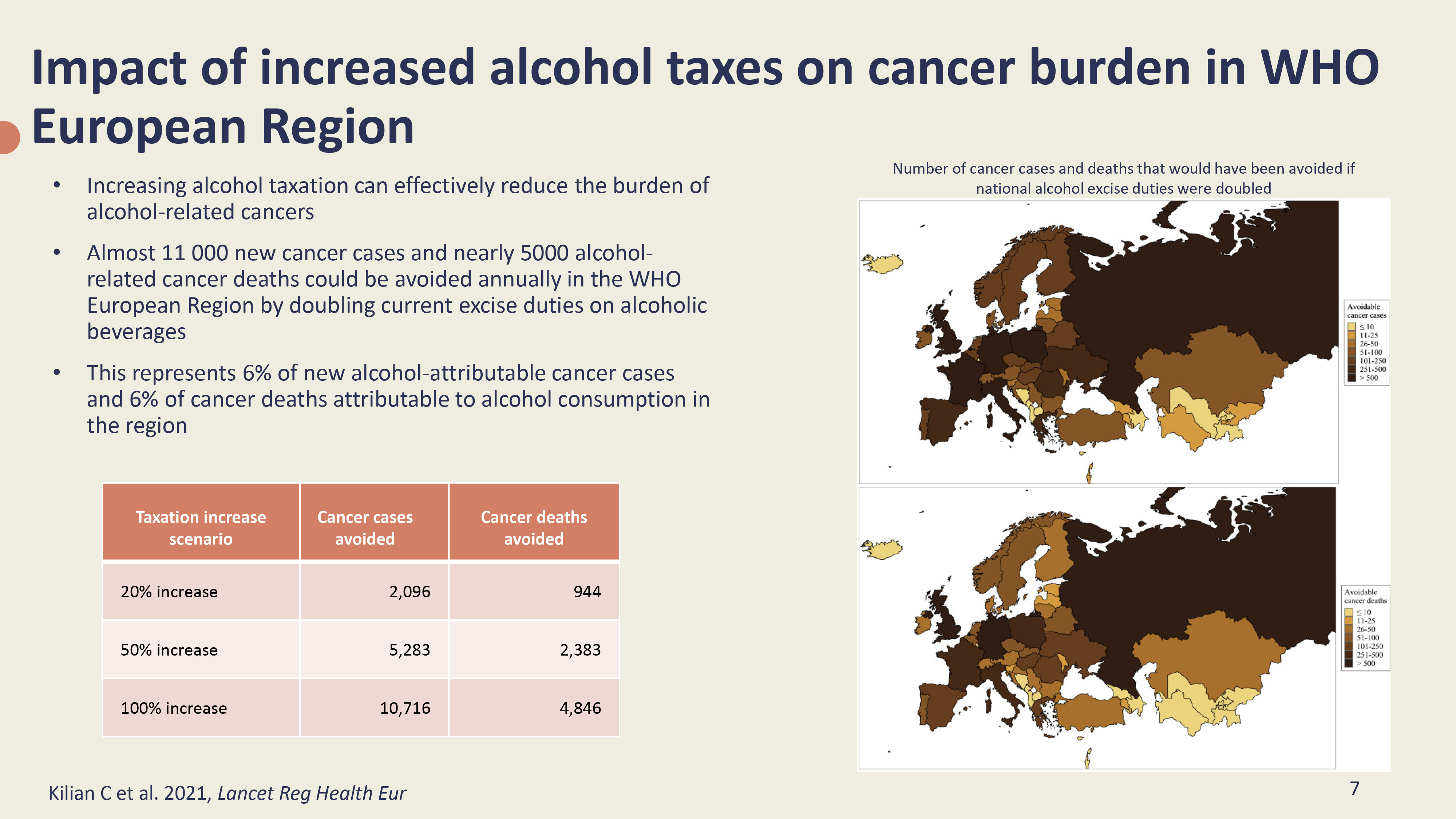 In February 2021, the European Commission (EC) adopted the ‘Beating Cancer Plan’, as a strategy for the reduction of cancer incidence. In this context, the EC has proposed the on-label inclusion of a mandatory list of ingredients plus the nutrition declaration on alcoholic beverages before the end of 2022 and health warnings before the end of 2023. Despite the topic of alcohol being pivotal in cancer prevention, Member States do not seem to have a regular space where they may discuss alcohol-related matters. The purpose of this breakfast meeting, which took place in Brussels around the AWARH, was to allocate space for Health Attachés to discuss alcohol policy issues in a safe environment. The format of the meeting was a closed event under Chatham House Rules, in order to allow a frank exchange of views. Following an introduction to the topic by the EC, the meeting proceeded with a series of questions addressed to Health Attachés with the goal of finding opportunities to turn this forum into a regular occurrence. 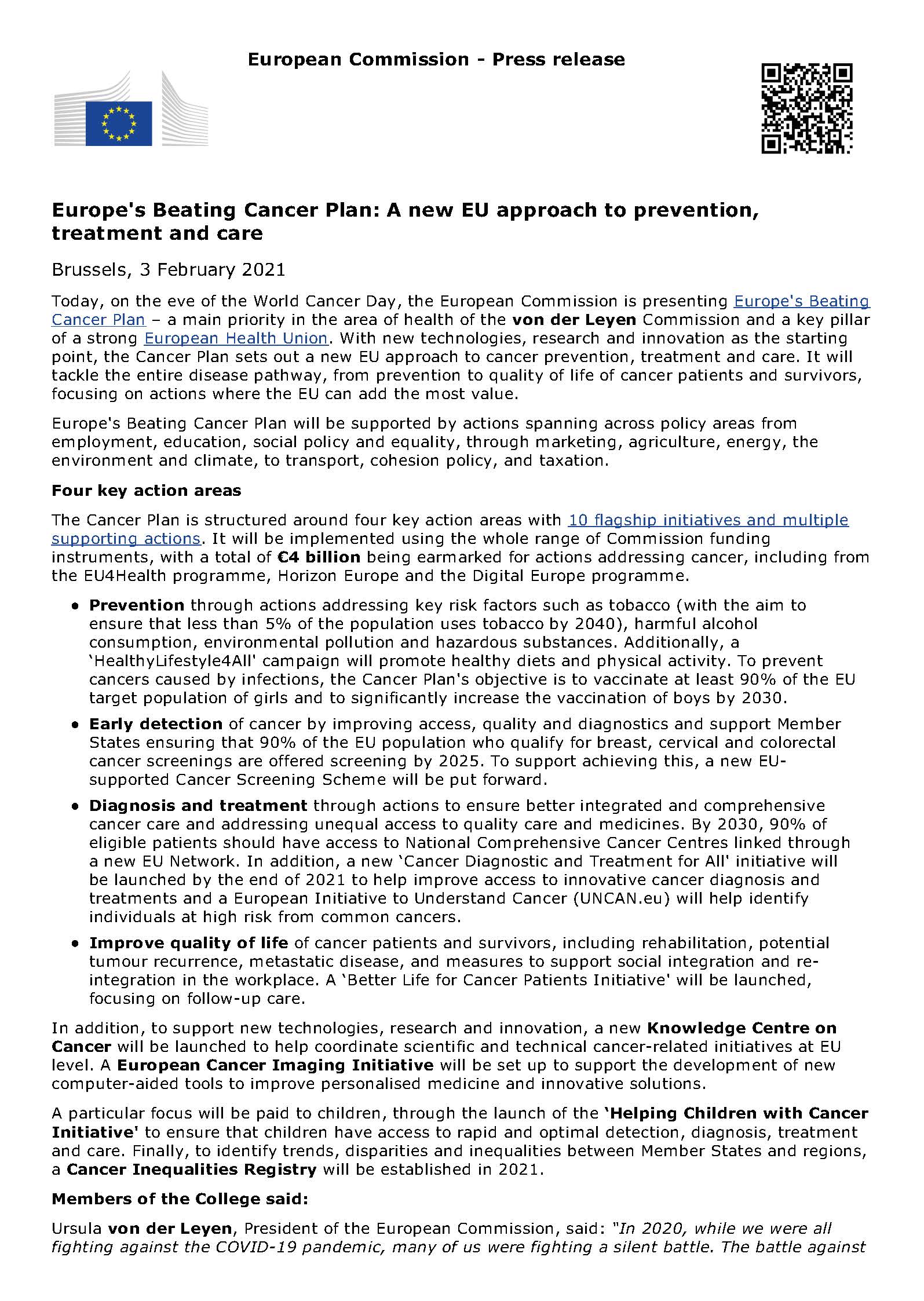 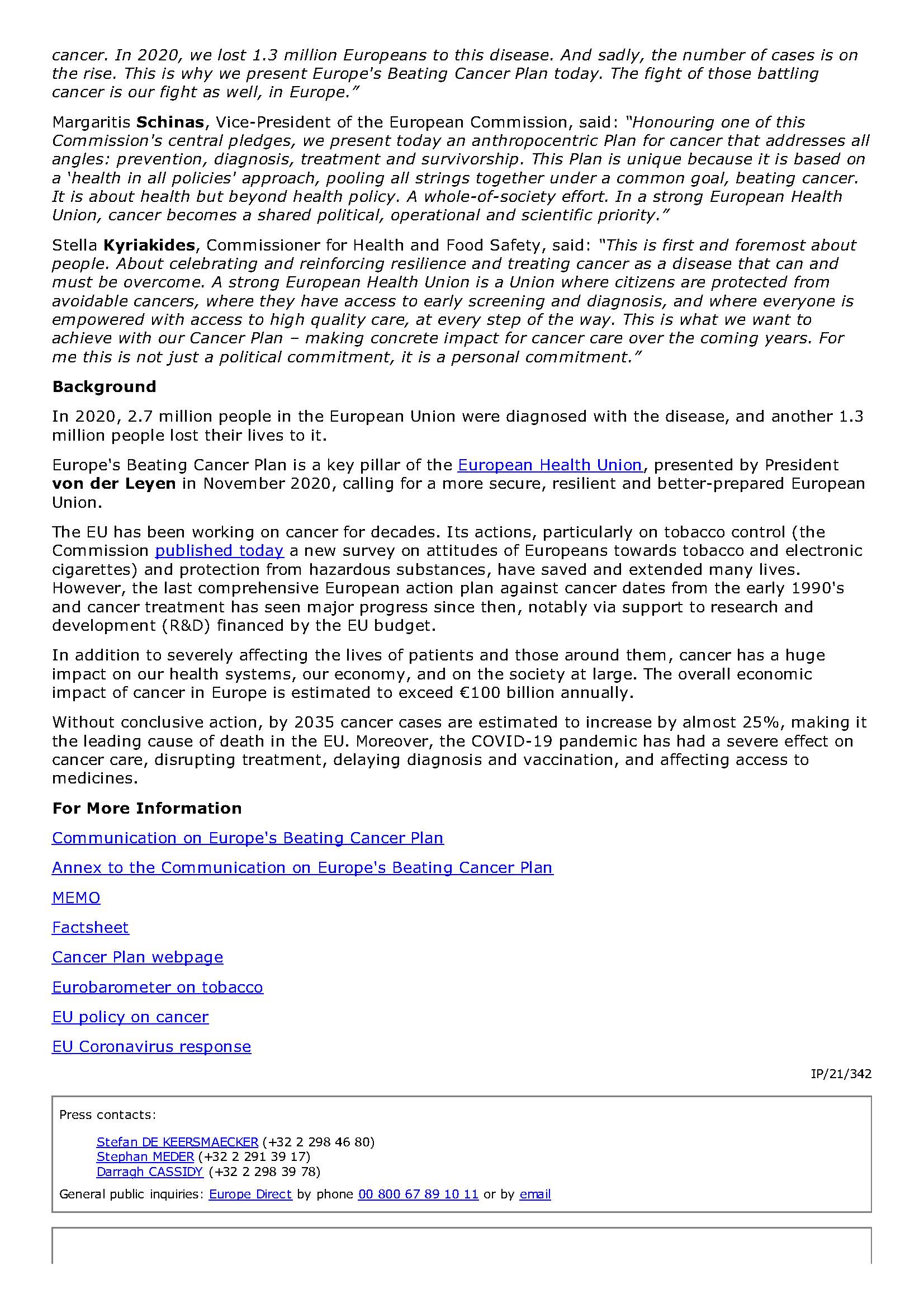 “Let’s make our lives safer and stick the message on the bottle”.

‘At the EU level, the road to labelling alcoholic drinks has been long and fraught. The first attempts were made in the late 1970s, resulting in a deadlock at the Council level. In 2011, Regulation (EU) No 1169/2011 was adopted, guaranteeing that food and beverage products across the EU would be provided with a list of ingredients and a nutrition declaration in the form of a label. However, alcoholic beverages containing more than 1.2% by volume of alcohol were exempted from this obligation. This is why, unlike other products, there is no consistent labelling on ingredients, allergens and calories on alcoholic products. With alcohol’s current exemption, how can consumers make an informed choice? In 2017, the European Commission adopted a report concluding that there were no objective grounds for this exemption. Last but not least, in February 2021, the Commission published the Beating Cancer Plan, which proposes limiting the online advertising and promotion of alcoholic beverages, including health warnings on labels, and finally the mandatory labelling of ingredients and nutrient content on all alcoholic beverages. Eurocare regrets that, once again, Big Alcohol has responded with a raft of complex pledges and proposals and has opposed the straightforward system which applies to other products. In our view, the solution is simple. Alcohol should be treated like any other product on the shelf.

Eurocare calls on all policymakers to cut through the industry smokescreens and to meet consumers’ concerns and demands. Essential information (such as calories or allergens), as well as health warnings, should be provided in such a way so that it can be easy for consumers to see and understand them.’ 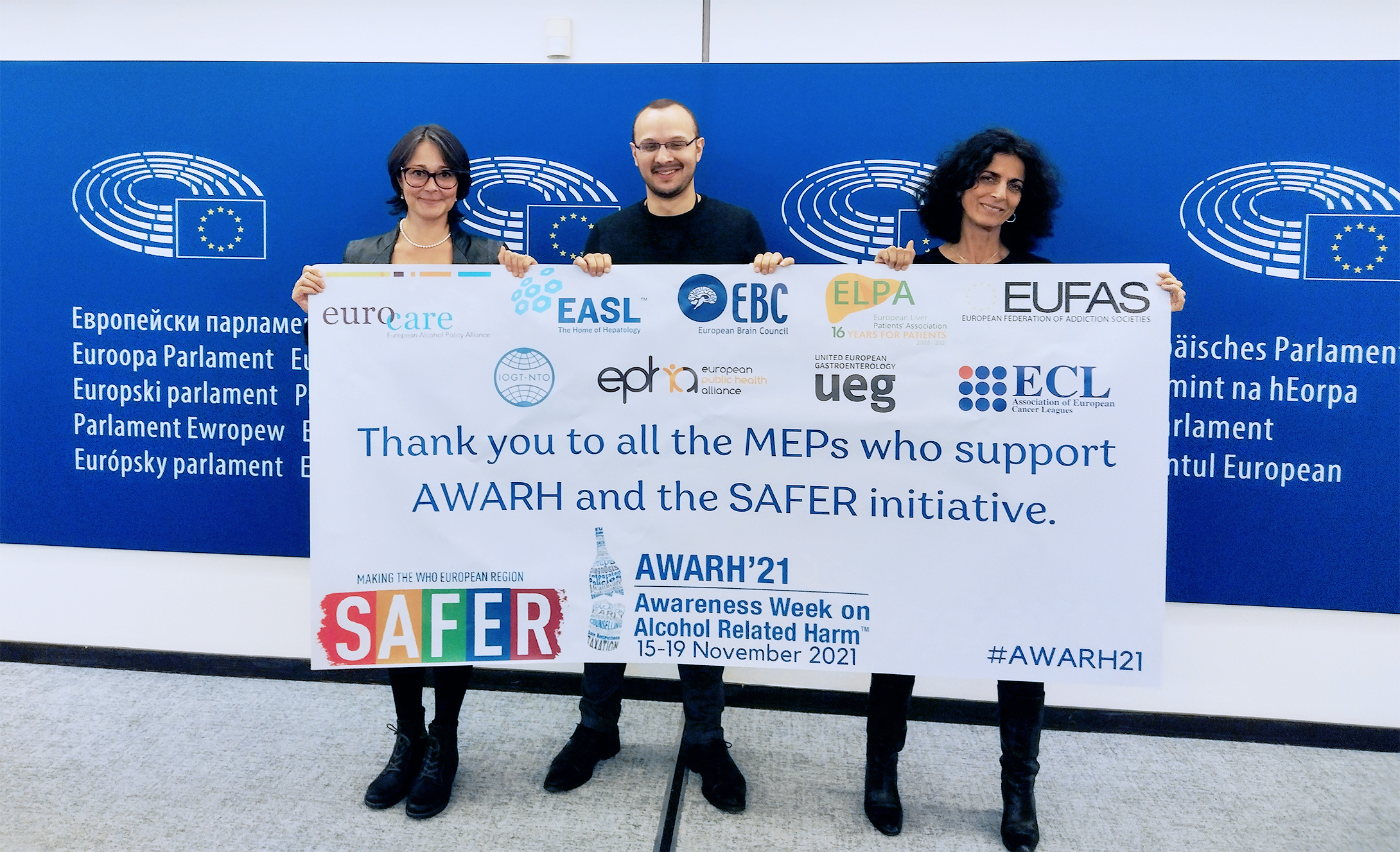 This year’s APN symposium reflected on the question of why there has been such limited progress in the promotion and implementation of public health-oriented alcohol policies, in spite of the abundance of scientific evidence in favour of these.

This online webinar introduced the topics addressed by the upcoming WHO European Region report ‘Alcohol Digital Marketing: Challenges and Policy Options for Better Health’. The report discusses the threats alcohol digital marketing represents, especially to young people and other vulnerable populations, and the challenges posed by its regulation, control, and monitoring. As emerged during the webinar, restricting online marketing content based on age is often not an effective measure, as there are no identity verification systems and minors can easily create adult accounts. Another key challenge presented by the so-called 'dark marketing' is that it targets vulnerable populations without them being aware. The webinar also allowed for discussion of coordinated actions from member states and civil society groups in order to create a SAFER WHO European Region. While some considered a total ban on alcohol digital marketing, not a feasible option, some called for a total ban without exemption. 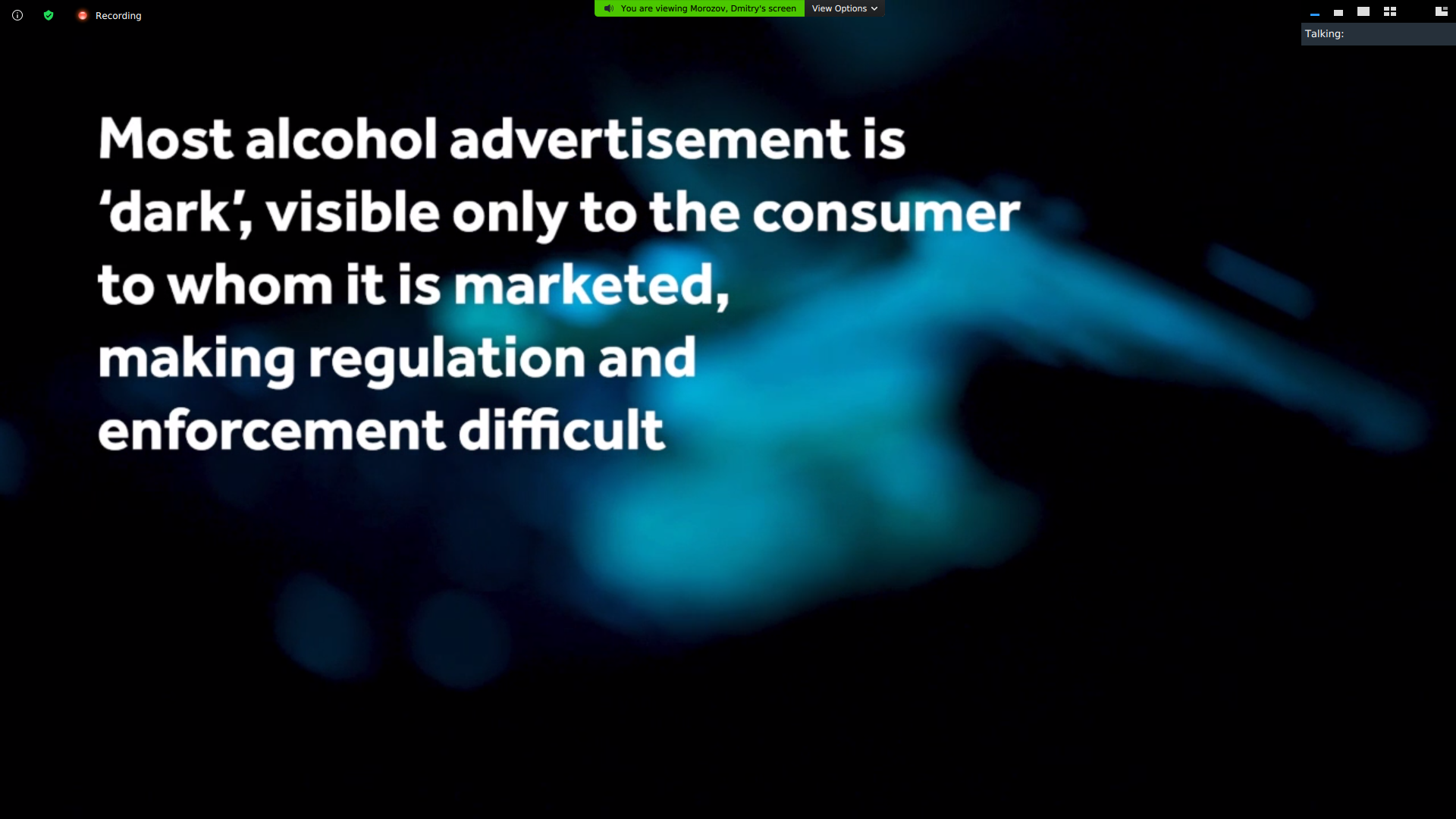 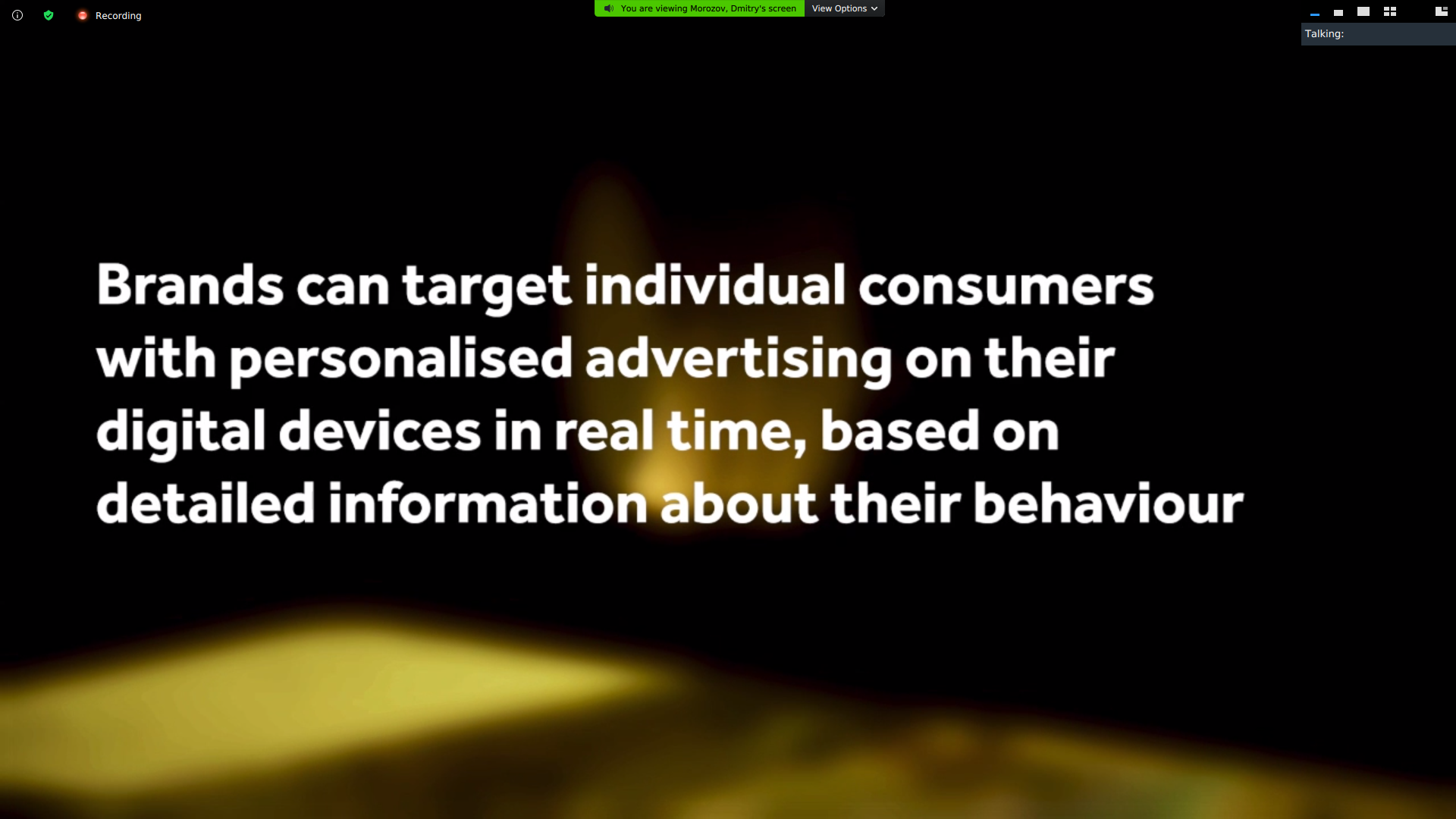 Targets to reduce alcohol consumption are included in the Global Action Plan for the Prevention and Control of NCDsthe Prevention and Control of NCDs, the NCDs Global Monitoring Framework and in the United Nations Sustainable Development Goals. These highlight the recognition of the harm inflicted by alcohol on individuals and societies and the need for effective policies. There is robust evidence suggesting that reducing the affordability of alcohol is a cost-effective measure to reduce its consumption and harms, as well as to tackle broader health inequalities. This is also highlighted in the letter R of the WHO SAFER initiative.

This webinar aimed to present not only some of the evidence supporting alcohol pricing policies, but also to showcase the work done by WHO in the PAHO Region and success stories from some countries. Finally, the event offered an opportunity for discussion with Member States and civil societies about how to build support for pricing policies from policy makers and the public. 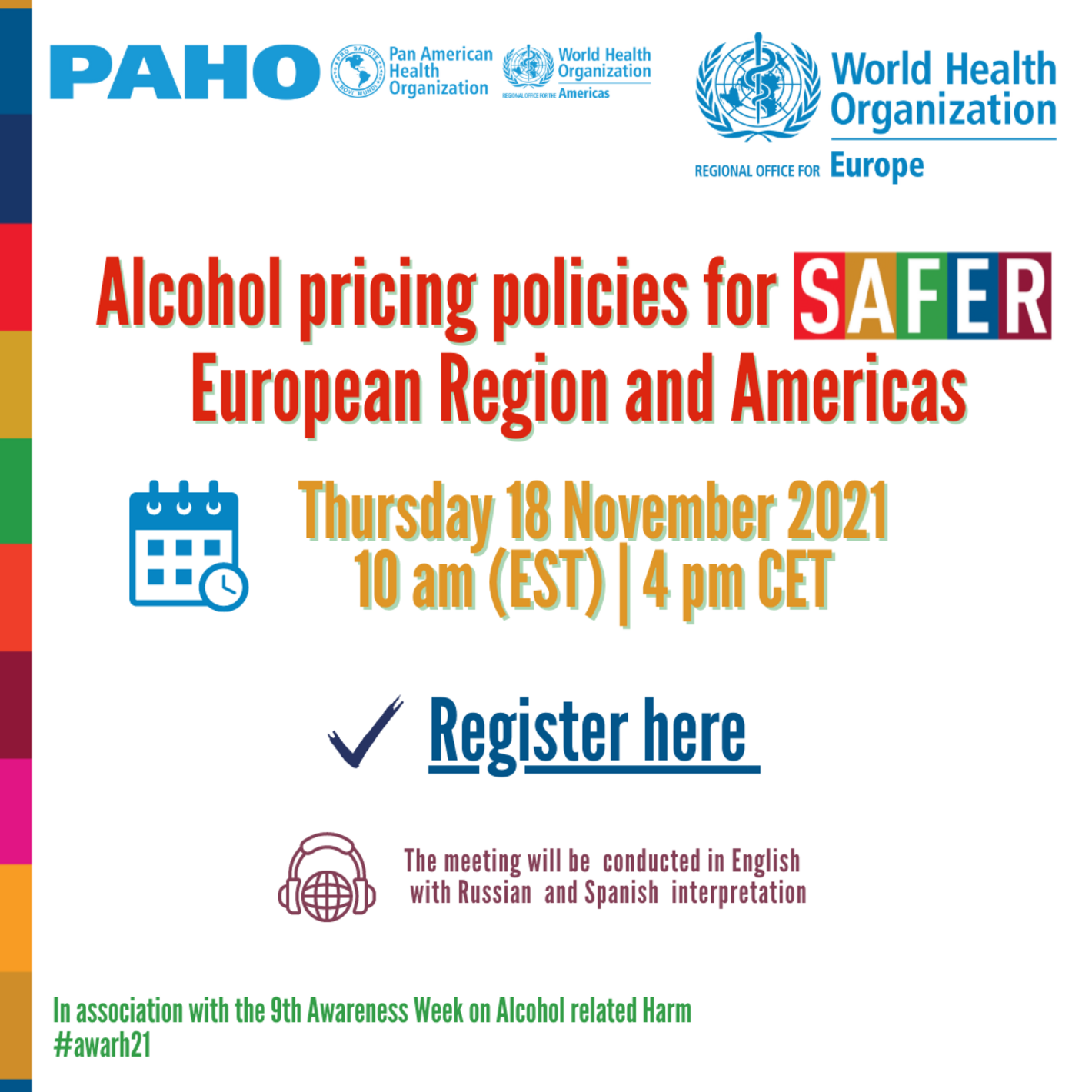